What makes us unique? 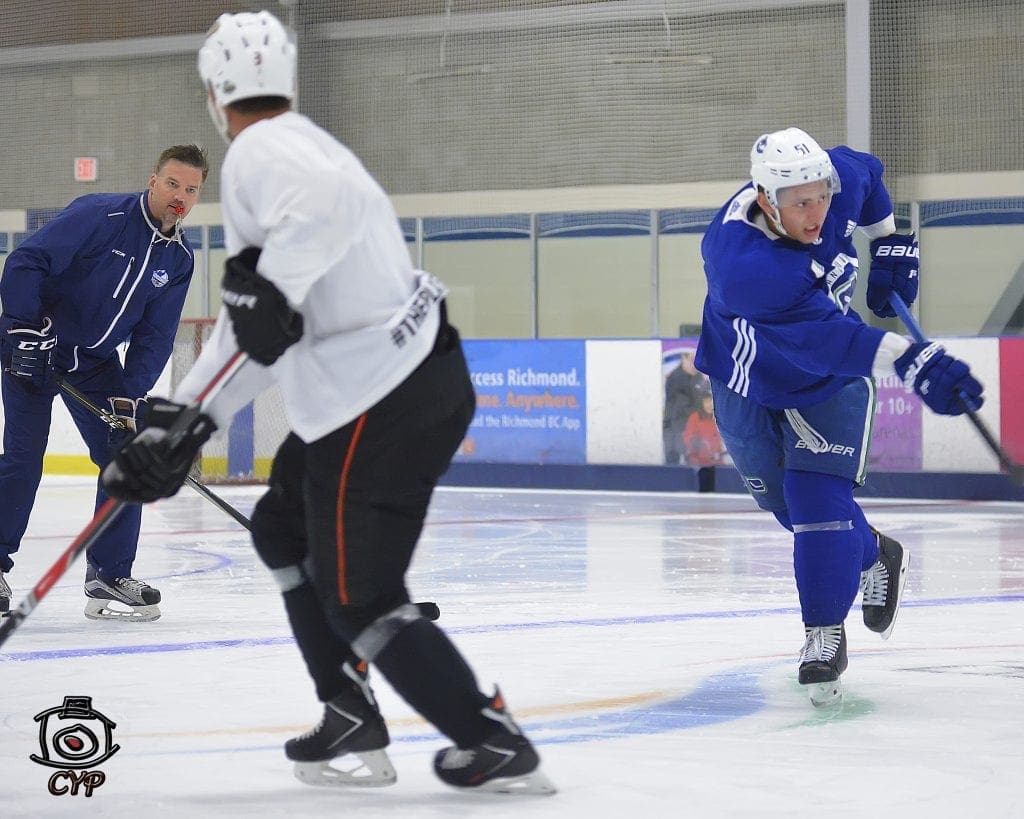 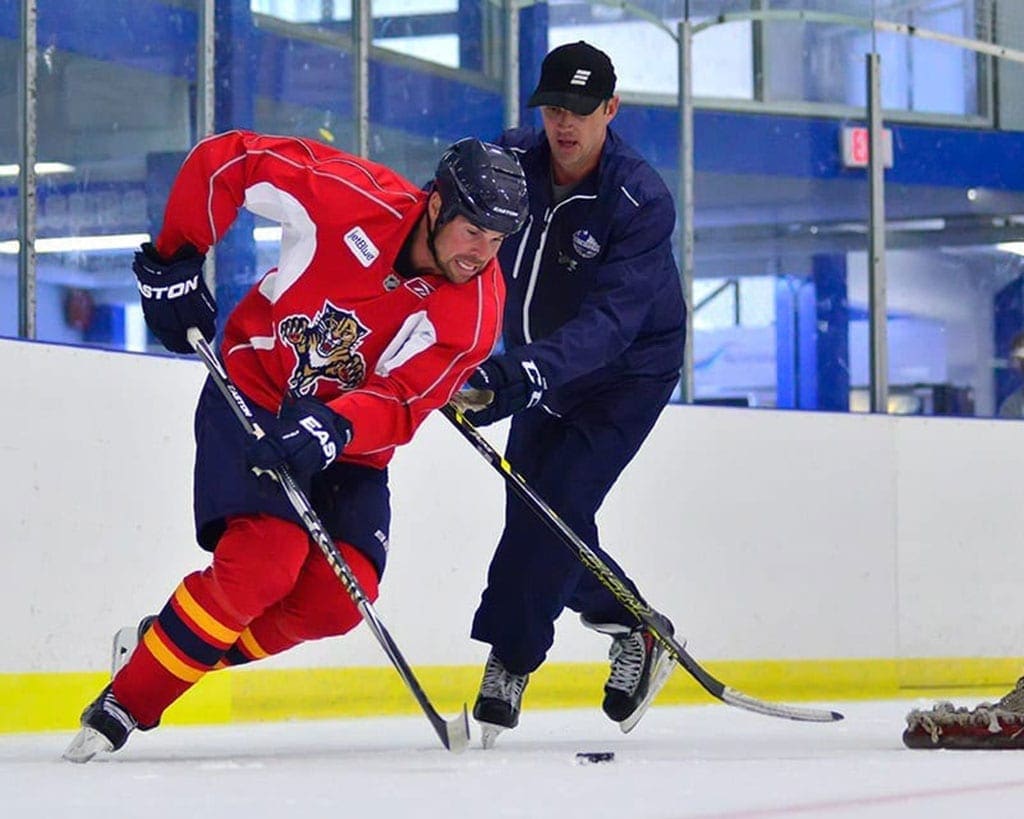 Derek Popke is the founder of Vancouver Hockey School Ltd. As a hockey skating consultant, Popke has worked on-ice with the NHL Toronto Maple Leafs (2009-2014), ECHL Victoria Salmon Kings, BCHL Penticton Vees, MML GV Canadians, CSSHL St. Georges Saints, and numerous minor hockey associations. In 2009, a record 19 players who skate with Popke were drafted in the WHL Bantam Draft. As one of the lower mainland’s most respected skating coaches, over 50 of Popke’s clients have been selected in the NHL draft in the past 7 years. Popke spent 10 seasons with Seafair Minor Hockey as Director of Player Development (2007-2017). During his time with Seafair, the association grew from 375 to over 800 members. He is currently the Hockey Advisor to the  Vancouver Thunderbirds. Most recently, Popke was a key note speaker on hockey skating at The Coaches Site Coaching Conference featuring top coaches from around the world. 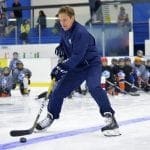 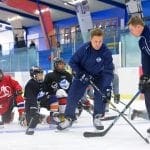 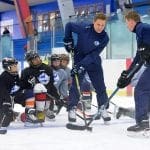 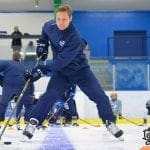 Stan Sibert is currently the Asst. Coach for the BCMML North East Chiefs (2020-2021). He spent two seasons as Head Coach for the CSSHL Bantam Varsity St Georges Saints (2018/2019). Coach Sibert captured the CSSHL League Championship with the Saints in their inaugural seaon (2017/2018). He joined the Saints program after a successful season as head coach of the CSSHL International Hockey Academy (2016/2017) in Calgary AB. A former professional player, Sibert is well known for his skill development of elite players focusing on advanced European methods he acquired while coaching in his native Slovakia. In addition, Coach Sibert holds a masters degree in physical education focusing on hockey coaching. Upon his arrival to Canada, he coached North Shore Winter Club’s Elite Midget Program. Coach Sibert is under contract to both South Delta Minor Hockey and Vancouver Thunderbirds Minor Hockey in Skill Development and Coach Mentorship roles.

Carter Popoff is entering his 4th year with playing for the University of British Columbia Men’s Hockey Team (2016-2021). Popoff and the UBC Thunderbirds advanced to the USports National Championships in the 2019/2020 season. He joined the Thunderbirds after 4 seasons (2012-2016) with the WHL Vancouver Giants. Playing for legendary coach Don Hay, he was named Assistant Captain of the Giants for the 2015/2016 season. He recorded 64 points in 72 games centering the Giants top line. Popoff played 1 season (2010/2011) for the MML Greater Vancouver Canadians. A graduate of Richmond Minor Hockey, this will mark Popoff’s 5th season as a member of the VHS coaching staff.

Brandon Campos is entering his 4th season with Vancouver Hockey School. A former professional hockey player, Campos completed 4 years in the WHL suiting up for the Everett Silvertips and Chilliwack Bruins. An offensive forward, Campos recorded a team lead 70 points in the 2007-2008 season with the Chilliwack Bruins. He went on the play 3 seasons in the CIS for the University of British Columbia (2008-2011). Campos played 2 seasons (2011-2013) of professional hockey in France. He currently the team sales rep for CCM Hockey. His duties include the NHL Vancouver Canucks and WHL teams within the province. An enthusiastic skills coach, Campos leads in-season skills programs and speciality camps. 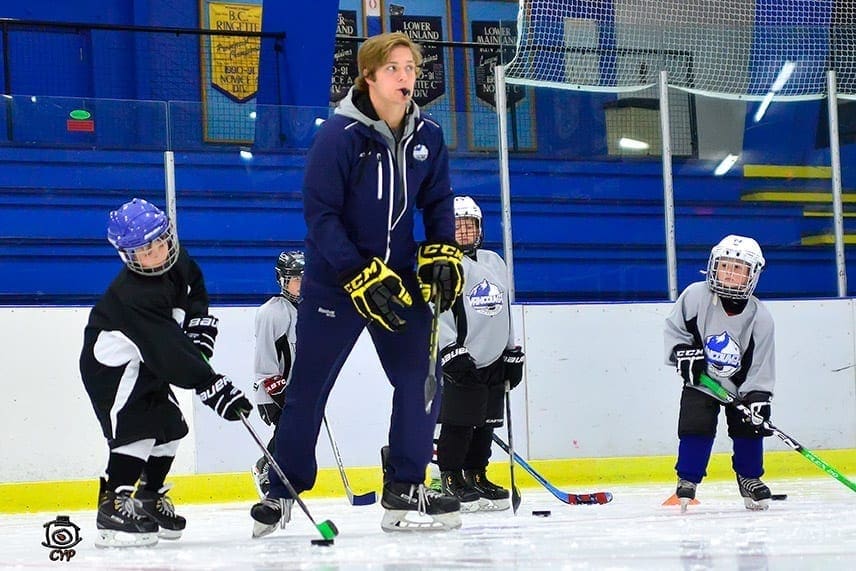 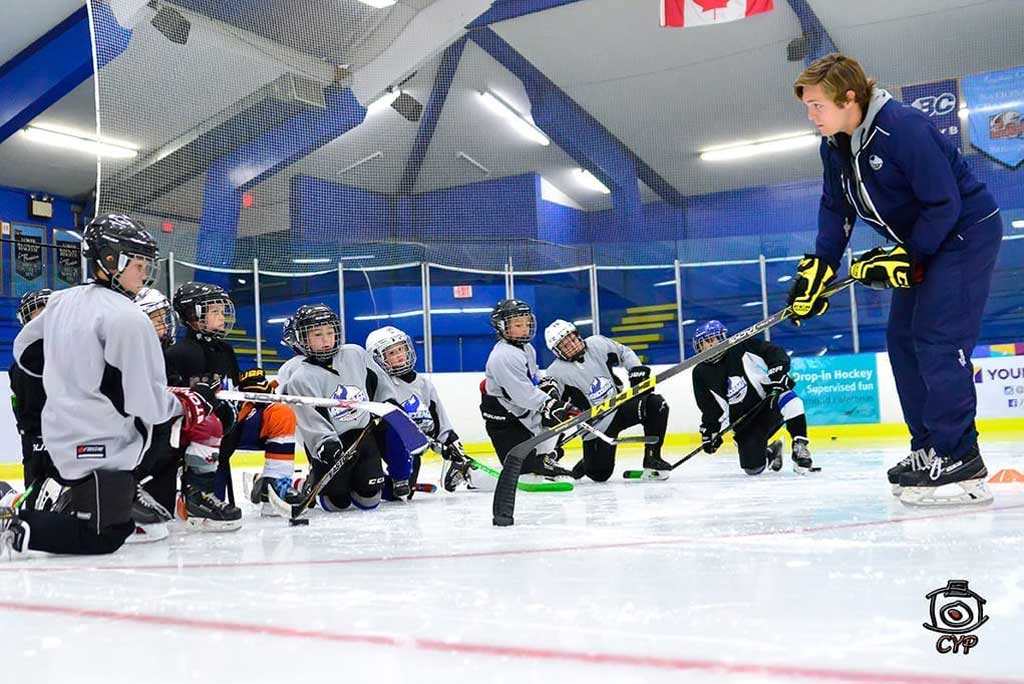 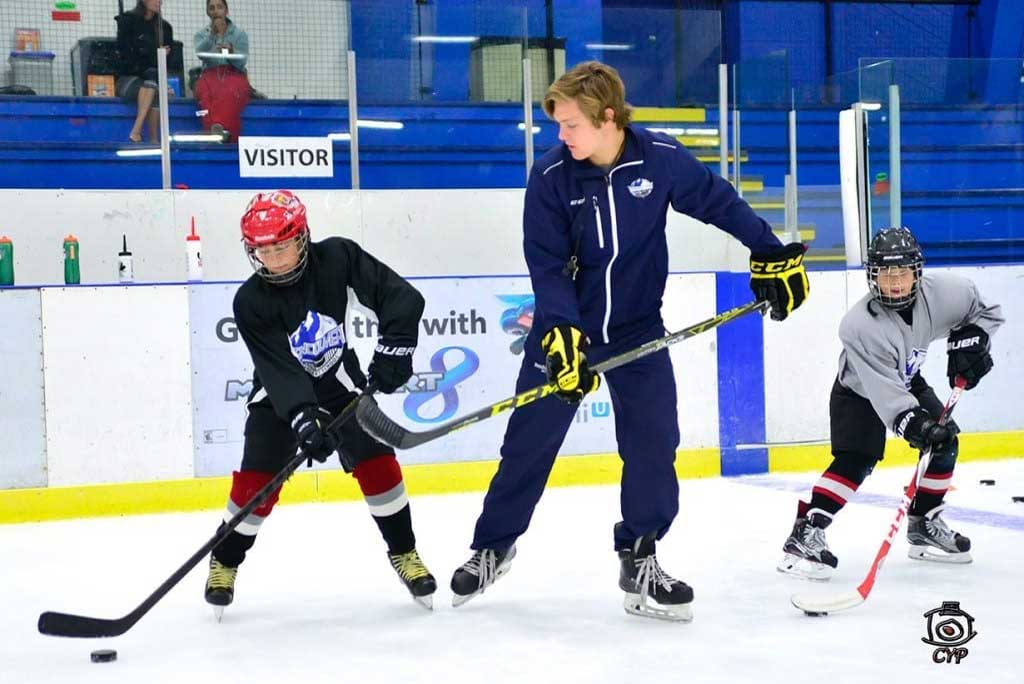 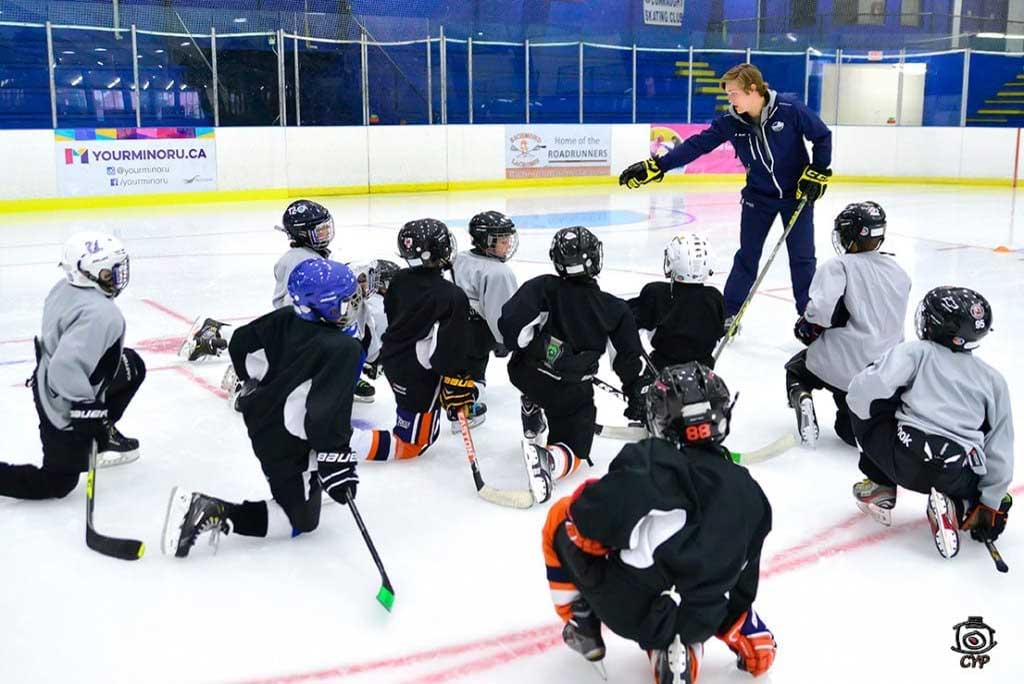 Macoy Erkamps spent 5 years playing in the WHL (2011-2016) after being selected in the 2010 WHL Bantam draft (2nd Rd #27 overall) by the Lethbridge Hurricanes. A graduate of the MML Greater Vancouver Canadians, Erkamps captured a Gold Medal at the 2011 Canada Winter Games as a member of Team West. In a blockbuster deal in 2014, he was traded to the Brandon Wheat Kings where he was named team captain (2015-2016). A tough and rugged defenseman, Erkamps has attended NHL training camps with the Ottawa Senators and St. Louis Blues. In April 2016 Macoy signed a 3 year NHL Entry Level Contract with the Senators. Coach Erkamps completed his 3rd year of pro hockey playing in the Pittsburgh Penguins organization (2018-2019). A very popular member of the VHS coaching staff, this will mark Erkamps 8th season (2011-2019) with Vancouver Hockey School. 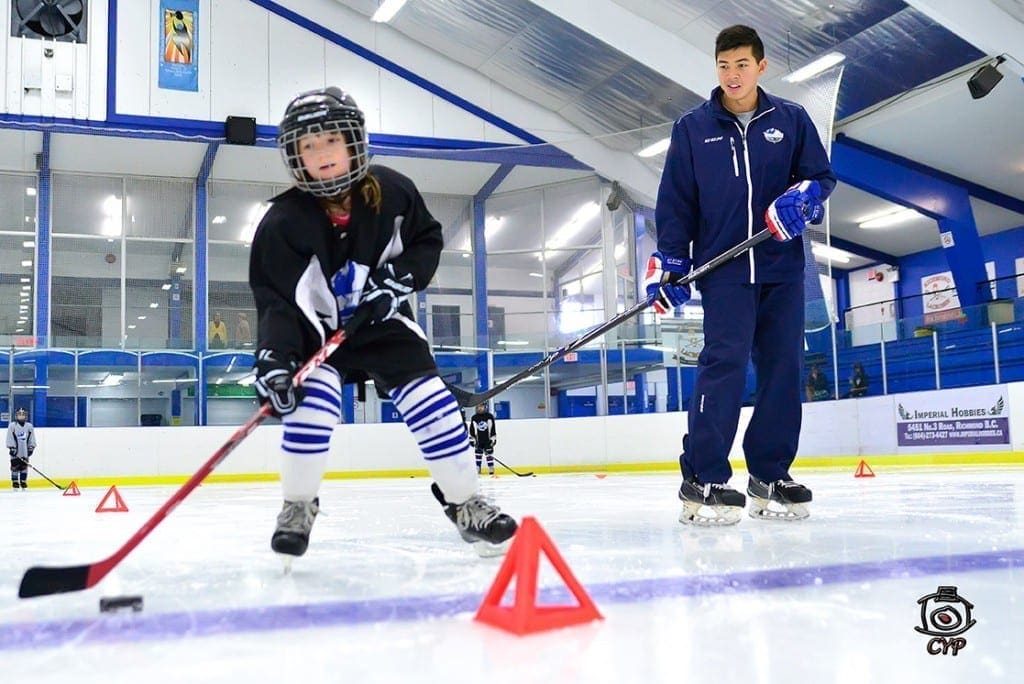 Jason Fram spent 5 years playing in the WHL (2011-2016) after being selected in the 2010 WHL Bantam draft (8th Rd #171) by the Spokane Chiefs. Fram is a graduate of South Delta Minor Hockey where he crafted his skills as a offensive defenseman. He spent one season (2009-2010) with the MML Great Vancouver Canadians before securing a roster spot with the WHL Spokane Chiefs. A tremendous playmaker, Fram led the Chiefs defenseman in points in back to back seasons (2013 / 2014). Jason served as Spokane Chiefs team captain for 2 seasons (2015/2016). In 2014/2015 Jason captured the WHL award for most assists by a defenseman (53). Fram attended 2 NHL training camps (2014-2016) with the Calgary Flames. Under his WHL scholarship, Coach Fram currently mans the blueline for the CIS Alberta Golden Bears. A former VHS student, this will mark Jason’s 5th year coaching at Vancouver Hockey School.

Jordan Andrews enters his 2nd season with Vancouver Hockey School. A former student of VHS and product of South Delta Minor, Coach Andrews is the former captain of the PIJHL Richmond Sockeyes. As a member of the Sockeyes, he captained the team to both the league and provincial championships. Jordan spent the 2017-2018 season as an Assistant Coach with the Richmond Sockeyes. A graduate of the University of British Columbia, Coach Andrews is currently an accountant in Vancouver BC. Jordan assists with specialty camps and is an lead instructor at VHS annual defenseman camp.

Glenn Gawdin is the former captain of the WHL Swift Current Broncos (2017/2018). Coach Gawdin joined the Broncos after a standout season with the MML GVC Canadians. A flashy playmaker, he was picked in the 2015 NHL Entry Draft (4th rd. 116th overall) by the St. Louis Blues. Coach Gawdin signed an NHL contract with the Calgary Flames (2018) and most recently made his NHL debut (2021) vs the Edmonton Oilers. He has represented Canada at the World Hockey Challenge and Team British Columbia at the U16 Western Canadian Challenge Cup. This will mark Glenn’s 4th year at Vancouver Hockey School. 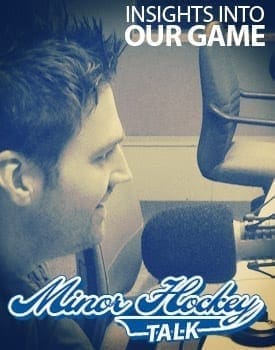 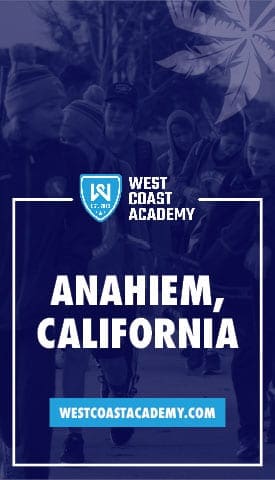 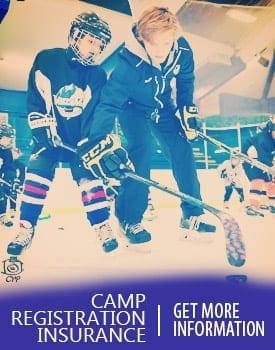 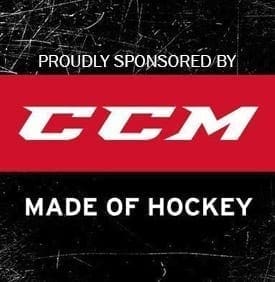 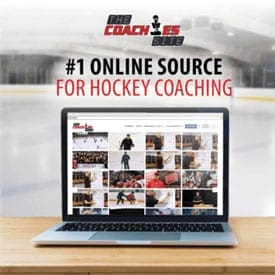